Room 1 has been learning multiplication this term. We have been using various strategies like, grouping, repeated addition and drawing of arrays to solve multiplication problems. The students have been enjoying the challenge of getting the correct answer to equations using their favourite strategy. We also created an Array City during art.

We also enjoyed doing narratives for Talk for Writing. We began by imitating Jack and the Beanstalk. The students knew this story really well. Students also drew giants and described them using amazing adjectives and interesting verbs then making sentences using the power of 3 words. Our focus this time was on stories that had problems and resolution. 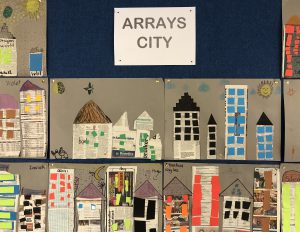 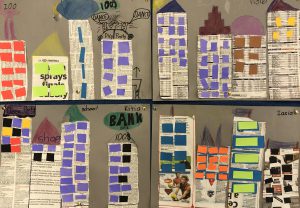 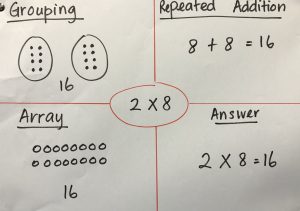